WanaVision Episode 6: In the previous episodes of Disney+ miniseries we have already seen Vision suspecting something fishy about Westview and eventually found out that Wanda is responsible for the anomaly.

Episode 6 of WandaVision just released today on Disney+ and the story just took another interesting turn when Vision tries to escape the ‘Hex’.

The episode begins with a new title song where Billy and Tommy is seen scaring Wanda by suddenly entering the bathroom with a video camera where she was brushing her teeth. Wanda closes the bathroom door with a disapproving funny face. They the kids go to Vision and snatches the newspaper he was reading. Then they bump into Agnes’ bum. And at the end they (When I say they, Yes It Includes Pietro) all are seen at the lawn standing in a line. Pietro is now staying with Wanda and Vision.

It’s Halloween in Westview. The boys are ready to go outside. They found Pietro is snoring and sleeping on the couch. Tommy goes ahead to wake him up but Billy stopped him. Tommy asked Billy if he is scared of Pietro. Billy says Pietro is their uncle, why would he be scared. In the mean time Pietro wakes up but pretends he is still sleeping and continues snoring. Tommy suggests he might be a Vampire because it’s 4’o clock in the afternoon and uncle Pietro is still sleeping. Pietro listens all of this and suddenly scares the boys by making “scary” faces. The boys try to run away but who can run faster than Pietro Maximoff! Well…

Wanda comes downstairs complaining about the noise they (Billy, Tommy & Pietro) were making. Whoa! Is That Wanda’s Halloween costume? See it for yourself.

Wanda comes downstairs in a red costume. I don’t what exactly the consume is. Tommy asked Wanda if she is the ‘Old red Riding Hood‘. Wanda says, “I’m the Sokovian fortune-teller.” Pietro thinks it’s lame.

Billy tells the audience that their mom has been weird since uncle Pietro got there. “I think it’s because she hasn’t seen him in a long time and he’s what you call a ‘man-child'”, Billy continues.

Now here comes The Vision. He is wearing a weird Green and yellow costume with a yellow cape. This time I know the theme of Vision’s costumes, because Pietro made a couple of guesses and finally he made the right one. “A Booger”.

Pietro starts playing video games with the boys and they seem really enjoying the company of uncle Pietro. Vision finds it amusing how the kids are getting along with Pietro.

Now here comes the turn. Vision says he can’t go out with them as he has other plans. He starts making things up so that he can go out along. I guess he wore the costume to make Wanda believe that everything is normal and nothing is suspicious. Vision kept the mood of the conversation very light as well. Wanda s pretty upset as this is their sons’ first Halloween and insists Vision to be their. Pietro comes to rescue Vision and assures Wanda that he is going to be with the kids as a father-figure. Great! Wanda bought it. She found it weird but not suspicious.

Vision left the house wishing the kids to have a “Spooky Night”. Pietro and Tommy ‘runs’ to get a costume.

In the next segment S.W.O.R.D. officials brings the drone broken by Maximoff. It is still glowing the same way we’ve seen in the last episode. Director Hayward wants to take Wanda out using arms. Captain Rambeau and Darcy tries to convince him that he can’t fight Wanda just like that. They need a different approach. Rambeau says, if Wanda is their problem then she has to be the solution as well.

Director Hayward thinks Rambeau is constantly advocating in favor of Super-Powered Individuals. “Yes, I know your history Carol Danvers”, Hayward said. Director Hayward expels Rambeau, Darcy and Jimmy from the site of anomaly. Some guards were sent to escort them out of the facility but Rambeau and Woo suddenly attacked the guards and successfully escaped.

Now this side. Wanda asks a personal question to Pietro thinking if he can answer it. Pietro catches Wanda and asks if she is testing him. Pietro says he is aware that he looks different now and implies that might be making Wanda curious. Wanda asks, “why do you look different?” Pietro says he doesn’t know. It’s Wanda who’s doing all these so she should know, Pietro implies.

Vision came far away from their home. He notices a woman is trying to hang a piece of cloth on the rope but she is repeating herself in the same manner. She looks like a robot having caught by a glitch or something. You guys might have seen this particular scene in the trailer. A drop of tear just rolled down the woman’s cheek.

Captain Rambeau, Darcy and agent Woo enters an empty S.W.O.R.D. facility room secretly. Darcy tries to access the database and succeeds. They discovers that Hayward figured out a way to look though the boundary (of the Hex) and he didn’t shared this information with the group. Agent Woo points at a red blipping dot on the computer screen assuming it’s Wanda’s location. Darcy clarifies that the program is tracking the decay signature if vibranium. Yes, it’s Vision. The program is also tracking civilians inside the Hex. Woo noticed that the location markings of the civilians near the boundary aren’t moving at all.

Vision continues walking as he reaches near the edge of Westview. He saw nobody is moving at all. He finds it very weird as the place is quiet and everyone wearing their Halloween costume is standing like mannequins.

He transforms into The Vision’s attire and flies up to have a better view. He saw a car’s light is still on. He goes to the car. It’s Agnes.

Vision asked, “What are you doing here?” Agnes replied, “Town Square Scare, where is it?” Vision said, “at the Town Square, I expect”, with a smile. However, Vision noticed something is wrong with Agnes. He touches her head to get her out of Wanda’s control.

Agnes gasps in shock. She recognized Vision as one of the Avengers. She begs for help. Soon she realized Vision was killed and he should be dead. Vision says his intention is to reach outside Westview to see what’s out there. Agnes says Wanda would not let anybody got out. Vision touches Agnes again to make her as earlier. Vision leaves Agnes there and moves forward to the edge.

Monica’s is ready to go back to the Hex. Darcy was going through some reports on the computer. Darcy stopped Rambeau only to tell her that she can’t go inside again. She has passed the boundary twice and it has changed the molecular structure of her blood cells. It may not be safe for Monica to go back in there. But Rambeau won’t stop until she helps Wanda. Rambeau and Woo is definitely going inside.

Darcy decides to stay back in the lap as she hasn’t cracked the last firewall of director Hayward. She believe they are hiding something big and she would stay cracking the last firewall despite the risk of S.W.O.R.D. agents finding her presence in the lab. Monica Rambeau and Jimmy Woo leaves the lab.

Pietro and Wanda were having some small talks when we realized that Pietro also knows it’s Wanda who is doing all these. Wanda asked Pietro, “You don’t think it’s wrong?” Negative. Pietro does not think it’s wrong. He asked Wanda how all this started at the first place. As usual, Disney would not reveal the secret yet. So Wanda replied with same old, “I don’t know”.

Darcy cracks the last firewall. She sees Vision is moving towards the boundary of the Hex. Hayward and his team is also aware of it and they are prepared for any misadventure.

Vision stands in front of the wall. He tries to pass but but kind of refusing his exit. The wall starts resisting even more as Vision tried harder to get though the same.

Vision successfully comes out of the ‘invisible’ wall. Hayward and his team is present the very place from where Vision is about to come out. But, wait! The wall is still exerting huge attractive force on Vision and he can’t get out of it. His vibranium body parts start scrambling and going back to the Hex piece by piece. Looks like Vision can’t sustain outside the Hex.

Wanda changes thing’s physical behavior inside the hex. I am assuming it’s still vision’s corps. Wanda just changed its physical property in such a way that the corps came to life. Now, as Wanda is only capable to change physical properties of matters, Vision can be only alive inside the Hex. Outside the perimeter it’s a corps.

Vision cries for help. Nobody is helping him. In the mean time Darcy runs towards Vision but Hayward’s agents blocks her and cuffs her hands with a car handle.

Now, shockingly Billy starts hearing sounds. He starts hearing Vision’s grief and cry for help. He tells Tommy about it first and then the kids run to their mother. Wanda asks Billy about Vision. Pietro interferes and says her dead husband is not gonna die twice. Wanda gets angry and attacks Pietro with her red energy beam. Pietro falls at some distance, but he is fine I suppose.

Billy tries to focus and has a vision of ‘soldiers’. Then he sees Vision’s body is scrambling apart. He says, “I think he’s dying”. Looks like Billy got his own set of powers.

Wanda understood everything. Wanda figured out that Vision somehow breached the boundary and as we see it, Vision can only sustain inside the Hex. Hence, Wanda has no choice. She extends her hands with red glow, closes her eyes and starts expanding the Hex so that, The Vision in pain falls under the boundary. And that’s exactly what happened. Vision came inside the boundary. But the Boundary kept on moving. Rambeau and Woo saw the Hex boundary is moving towards their car.

Darcy is still cuffed to a car. Director Hayward manages to escape. Everything that entered the Hex became something else. Like, the chopper became a hot air balloon. The army trucks became vans etc. SWORD agents who couldn’t run away became residents of Westview just like others.

Watch WandaVision only on Disney+ 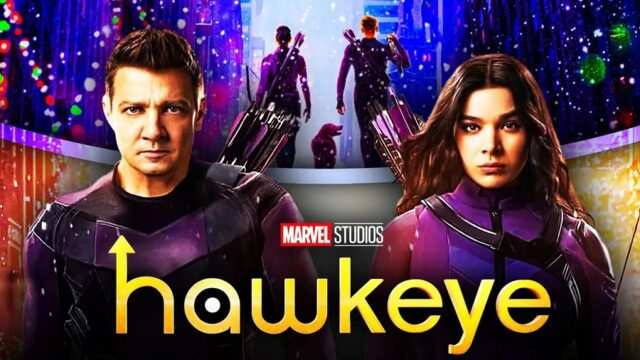 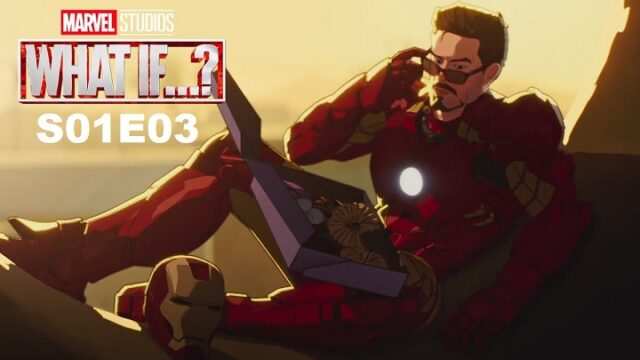 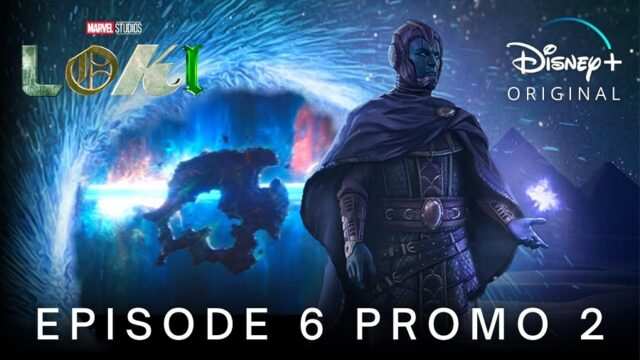